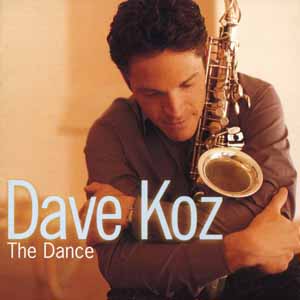 By Carl Kozlowski 05/10/2012
Like it? Tweet it! SHARE IT!
It’s not often that one’s passion in life leads to two successful careers, but Dave Koz has been one of the lucky few to make that happen. As a saxophone player, he has risen to the top of the contemporary “smooth” jazz world, complete with world tours and a top 10 album.

Yet, he’s also a nationally syndicated radio host with a weekly series that spotlights the best of modern jazz as he interviews and plays the latest and greatest performers on the scene. And this Friday, Koz will take the stage with the Glendale POPS Orchestra for “A Night at the Movies,” a special show spotlighting classic movie music that reunites him with his friend of three decades, POPS conductor Matt Catingub.

“Normally, I just tour a lot with my band, but I also have a show for orchestras,” says Koz in a phone interview. “When he called me late last year asking me to do a show, I said absolutely. I’m very excited, and of course with Glendale being a suburb of LA, I have no doubt they’ll have stellar musicianship.”

A native of Encino, Koz started performing on saxophone as a member of the school jazz band at William Howard Taft High School in Woodland Hills. He graduated from UCLA in 1986 with a degree in mass communications before going pro as a member of jazz legend Bobby Caldwell’s touring band.

He built his reputation further as a popular session musician for several bands, including those of fellow jazzman Jeff Lorber and pop star Richard Marx, and even played in the house band of Pat Sajak’s short-lived CBS late-night talk show. But his biggest move came in 1990, when he decided to pursue a solo career and immediately scored a Capitol Records contract.

“It was not really a decision to be in the smooth style, but more like playing music that’s in my heart, like Tower of Power, Earth Wind and Fire and Chicago, more than straight, traditional jazz,” explains Koz. “Smooth jazz is really a radio format more than a style of music, as it’s really just contemporary taking on elements of R&B and rock fused with melody and a rhythmic drum element, rather than emphasizing improvisational playing.”

Koz added radio hosting to his career in 1994, when he began the nationally syndicated “The Dave Koz Radio Show.” He still hosts the series, which airs on weekends, but additionally hosted “The Dave Koz Morning Show” locally on Los Angeles radio station 94.7 FM The Wave from 2001 to 2007.

The past decade has brought a couple of landmark changes to the life of the 49-year-old Koz, particularly his decision to publicly come out as gay at age 40. Although he had long worried such an announcement would hurt his career, he admits being surprised that there was “zero impact” professionally.

“The only impact was on me, because I could be a whole person, not two people all the time,” says Koz. “I’m married to my saxophone,” he says when asked about his relationship status. “I grew up in a time very different from now, and so I’d come out to friends and family but not publicly until I was 40. It’s been eight or nine years, and the only impact has been creating a lot more wholeness in my life.”

Koz’s other big move was to record his dream album in 2007, when he released “At the Movies.” The CD was by far the most successful of his career, even breaking into the Billboard Top 10 Albums chart when it peaked at No. 8.

“If you’re lucky enough to be a recording artist, everyone should have an opportunity to make their dream album, and that was it for me,” says Koz. “Then to be working with Phil Ramone as producer, a legend who’s worked with everyone from Barbra Streisand to Billy Joel and Paul Simon, and have guest artists like Johnny Mathis, Barry Manilow and Chris Botti take part was amazing.

“I’m happiest when I’m in a theater in the dark with popcorn, Diet Coke and some M&M’s,” Koz adds. “The music, and the movies that music comes from, are so intertwined you can’t think of ‘Casablanca’ without thinking of’ ‘As Time Goes By,’ or think of ‘The Wizard of Oz’ without thinking of ‘Over the Rainbow.’ There’s nothing like getting the chance to play those songs with an orchestra.”

Dave Koz performs with the Glendale POPS Orchestra and singer Monica Mancini in “A Night at the Movies” 8 p.m. Friday at the Alex Theatre, 216 N. Brand Blvd., Glendale. Tickets are $26 to $80. Call (818) 243-ALEX or visit alextheatre.org.
Posted by America's Funniest Reporter at 2:48 PM