From hope to faith 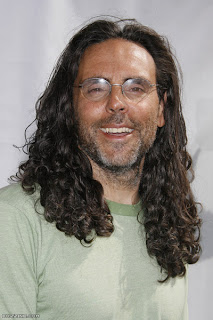 For nearly 15 years, movie director Tom Shadyac was on top of the world, owning a mansion on 500 acres of land in the foothills of east Pasadena, a private jet and a collection of fancy cars. His films — from collaborations with Jim Carrey on the two “Ace Ventura” films, “Liar Liar” and “Bruce Almighty,” to smash hits with Eddie Murphy on “The Nutty Professor” and Robin Williams on “Patch Adams” — grossed more than $1 billion worldwide.

But in 2007, Shadyac suffered a double-whammy of misfortune: The “Bruce Almighty” sequel “Evan Almighty” became one of the most expensive comedies ever made and the biggest comedic box-office bombs of all time. Then he suffered severe head trauma in a bicycle accident. Side effects of the accident included blurred vision and severe migraines that never seemed to go away, and Shadyac thought he was going to die.

The life-threatening injuries miraculously healed, but the experience humbled Shadyac, causing a radical transformation in how he viewed life, sending him on a spiritual and philosophical quest that took him around the planet in search of answers from various world religions and famous philosophers. As a result, he wound up feeling that his wealth and extravagant lifestyle — in a world where millions of people go to sleep hungry every night — were a form of mental illness.

Shadyac decided to change his life and his mindset, and wound up selling off his land and his house — as well as his jet — and moved into a mobile home on the Malibu coastline. Although he gave away most of his wealth, he spent $1 million to finance a highly personal documentary titled “I Am,” a mix of insights and analysis into the meaning of life.

“I wouldn’t say I’ve run into haters, but people who don’t see eye to eye,” Shadyac says of some of the responses to the film. “And that’s to be expected and welcome. My father himself, whom I loved dearly, thought much of my vision might be utopian. Yet my father built a huge business that takes care of people first, cures cancer first, ahead of profit motive.”

Shadyac’s father, Richard C. Shadyac Sr., an attorney, was a friend of TV legend Danny Thomas, who founded St Jude Children’s Research Hospital in Memphis, Tenn. The elder Shadyac, according to online sources, served in many capacities with the facility, and from 1992 to 2005 acted as St. Jude’s CEO.

In choosing some of the world’s deepest thinkers and most spiritual figures — among them Howard Zinn, Noam Chomsky and Desmond Tutu — Shadyac put himself in an awkward spot that actually fit well with the project. He found that with this highly intellectual crowd, his past work on films like “Ace Ventura: Pet Detective” didn’t register at all, thus leaving him “without the ability to use my ego as a crutch.”

He originally planned to just ask his subjects what was wrong with the world and how to fix it, but eventually he decided it was more valuable to focus on what mankind is doing right. Grabbing a pitcher of water to pour a drink, Shadyac pauses — as if just realizing that the container provided him with the perfect analogy.

“I think both perspectives on life — half-full, half-empty — can be valuable, but I just want to know the truth,” says Shadyac. “Truth can be a matter of perspective, but I also think there’s a definite truth that exists, that there are laws to the universe the way Gandhi and Dr. Martin Luther King believed.

“I moved from hope to faith. Hope is the belief we might get it done and do right as a species, and faith is the knowledge we will get it done. When you see the underlying story of who people really are and what the nature of reality is, I think it tells a very positive story.”

In making the film, Shadyac came to see the value in many different forms of spiritual thought. The film quotes Jesus Christ from Scripture and St. Francis of Assisi, but also frequently invokes Gandhi and Muslim beliefs on a couple

Shadyac explains that in his personal spiritual life, he practices what he terms “the Lectio Divino,” meditating on an assortment of divine readings and trying to glean the “meat and marrow” from all parts of the world. Shadyac believes that’s in keeping with the biggest lesson his film has to offer: that we are brothers and sisters who share the same DNA and must feel connected to all creatures if we are to make the planet healthy again.

Despite all the deep thoughts, Shadyac reassures comedy fans that he now feels ready to dive back into just making people laugh again.

If you think comedy is "Sacred," you AIN'T ever, never, ever viewed/heard me stuff.

If whatever your stuff is makes people laugh,whatever creed or race,the laughter,I believe is what is sacred,and truly, it IS a blessing to be able to provide even just a PART of the world's,no matter how small or big,then it IS sacred